Full disclosure, I wrote this review after I saw the film on opening night back in August, but embarrassingly, I forgot to post it. I am still working through my reviews for The Predator, Venom and A Star is Born, but due to my commitments with both university and work, it’s taking a lot longer than expected. Anyway, onto the review!

Marvel has come under much scrutiny of late, with the extremely controversial firing of Guardians of the Galaxy director James Gunn still a major issue of debate over a month after his dismissal. Although Gunn’s dismissal is the main controversy of debate at the moment, many fans were furious with Marvel several months prior to it. Furious because Marvel had elected to delay the release of Ant-Man and the Wasp in several major countries around the world, including the UK, by a full month. This has unsurprisingly, affected the film’s box office earnings, with many fans, in an effort to avoid spoilers, watching pirated versions of the film online. Fortunately, I was able to avoid spoilers and was able to go into the film completely unspoiled. As someone who didn’t particularly care for Ant-Man, my anticipation for the sequel was rather low, that was until Avengers: Infinity War. Following the events that transpired in Marvels’s earlier cinematic event, there was a great deal of intrigue as to how Ant-Man and the Wasp would acknowledge Infinity War, if at all. So it must come as a shock to both Disney and Marvel that the film has struggled at the box office (it has still managed to make $465 million at the time of writing).

Ant-Man and the Wasp continues the adventures of Scott Lang (Paul Rudd), who is approaching the end of his 2-year house arrest sentence after his involvement in the airport showdown in Captain America: Civil War. Scott finds himself putting on the Ant-Man suit again in an effort to rescue Janet van Dyne (Michelle Pfeiffer) from the Quantum Realm, whilst being hunted by the mysterious Ghost (Hannah John-Kamen).

Similar to all but one of the Marvel Cinematic Universe (MCU) films, there is a major emphasis on fun with Ant-Man and the Wasp. The sense of fun is everywhere in the film. The situations that the characters repeatedly find themselves in are perfectly ridiculous, yet remain small-scale enough to give the film a familiar tone to that of the first film.

Arguably the most important factor of Ant-Man and the Wasp are the performances of stars Paul Rudd and Evangeline Lilly. The two feel perfectly at home in the MCU and their back and forth is easily one of the most entertaining aspects of the film. Meanwhile, Scott Lang’s daughter Cassie (Abby Ryder Forston) is given a slightly more fleshed out role, and Forston uses it to create a heartwarming character, and in many ways, Cassie is the heart and soul of the entire film.

Marvel is repeatedly, and justifiably, criticised for having a major problem in crafting well-developed villains. However, Ant-Man and the Wasp has actually succeeded to a certain degree. Hannah John-Kanem’s character Ava Sharp, A.K.A. Ghost, is a relatable and sympathetic character, who is not a villain in the traditional sense. However, she is, like most antagonists in Marvel films, underused. There is a lot of potential with her character, but unfortunately, none of it is fulfilled. 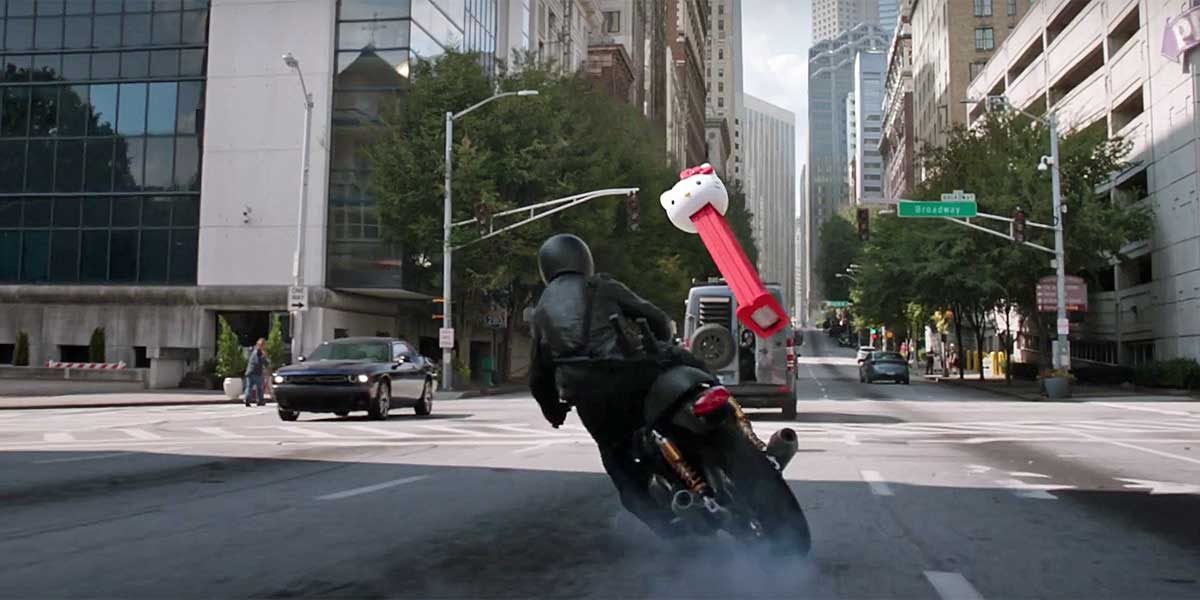 If there was one thing that was an absolute standout of the original Ant-Man, it was easily the fantastic visual effects. The same can be said for Ant-Man and the Wasp, which boasts some of the MCU’s best visual effects, which is quite an accomplishment. However, the effects are not perfect, as the film enters its third act, and the Quantum Realm is further explored, it becomes painstakingly clear, that the actors are standing in front of green screens.

If I had to pick the best moment of the film, it is without a doubt the brilliant post-credits scenes. The MCU has a history of tantalising post-credits scenes, but Ant-Man and the Wasp‘s might just be the best and most tantalising. I won’t say anything about it, but if you still have not seen the film, go see it just for the first post-credits scene alone. It is not only extremely entertaining, but it provides a major clue regarding the currently untitled Avengers 4.

It is a well-known fact that Edgar Wright (Shaun of the Dead, Baby Driver) was supposed to direct Ant-Man, having been in active development with Marvel for 10 years before he was unceremoniously fired (or walked away) from the project, just a few months before principal photography was set to begin. The project was something that Wright had a clear passion for, and his exit from the film was a huge loss. Naturally, Marvel swiftly hired a new director in the form of Peyton Reed (The Break-Up, Yes Man), and while the film was a critical success, Reed’s direction was a main source of criticism. Unfortunately, the same can be said for Ant-Man and the Wasp, which is seriously let down by Reed’s bland direction, that lacks in creativity. It is really a damn shame that Edgar Wright and Marvel failed to find common ground during the development process, as his version would have been a much more creatively impressive film.

There had been much anticipation around Michelle Pfeiffer’s role as Janet Van Dyne, prior to the film’s release. Therefore, its such a disappointment that her entire role boils down to less than 10 minutes of screentime. Her appearance is extremely predictable and lacks any imaginative innovation. The same can be said for the rest of the supporting cast. Not a single character, outside of the main cast, brings anything significant to the film. The most popular characters from the first film, Luis (Michael Peña), Dave (Tip Harris) and Kurt (David Dastmalchian) are nothing but downright annoying in the sequel.

As mentioned earlier, the film’s primary antagonist, Ava Sharp, isn’t really a villain, and thus, Ant-Man and the Wasp lacks a true antagonist. It could be argued that Walton Goggin’s character, Sonny Burch, is the main villain but he feels as though he belongs in a cartoon, giving how his character is crafted in the script.

The film also has a pacing issue. The film feels significantly longer than its modest two-hour runtime. This is largely due to the often overlong comedic sequences that quickly become tiresome.

Following Avengers: Infinity War, many were left wondering how Ant-Man and the Wasp would handle the fallout of the film, if at all. However, as the film is set before Infinity War, it makes all of the accomplishments and consequences that the characters face feel obsolete. As a result of this, Ant-Man and the Wasp feels like an empty viewing experience, with the exception of the fantastic post-credit sequences.

Additionally, the action sequences are mostly forgettable. When compared to the first film, with the brilliant toy train sequence at its climax, there appears to be a general lack of creativity with the sequel. However, to give credit where its due, there is a highly entertaining sequence featuring The Wasp in a kitchen which shows that there was still that creative spark Reed had when crafting the first film’s action sequences.

One final issue I have with Ant-Man and the Wasp is that the romance between Scott and Hope still feels ridiculously forced. It is given much more attention in the sequel, something which isn’t exactly hard considering the only attention to the romance in the first film was the revelation at the end, that the pair were hooking up.

In the end, Ant-Man and the Wasp is a fun but ultimately forgettable sequel that provides a lot of laughs but lacks in well-crafted action set pieces and characters.